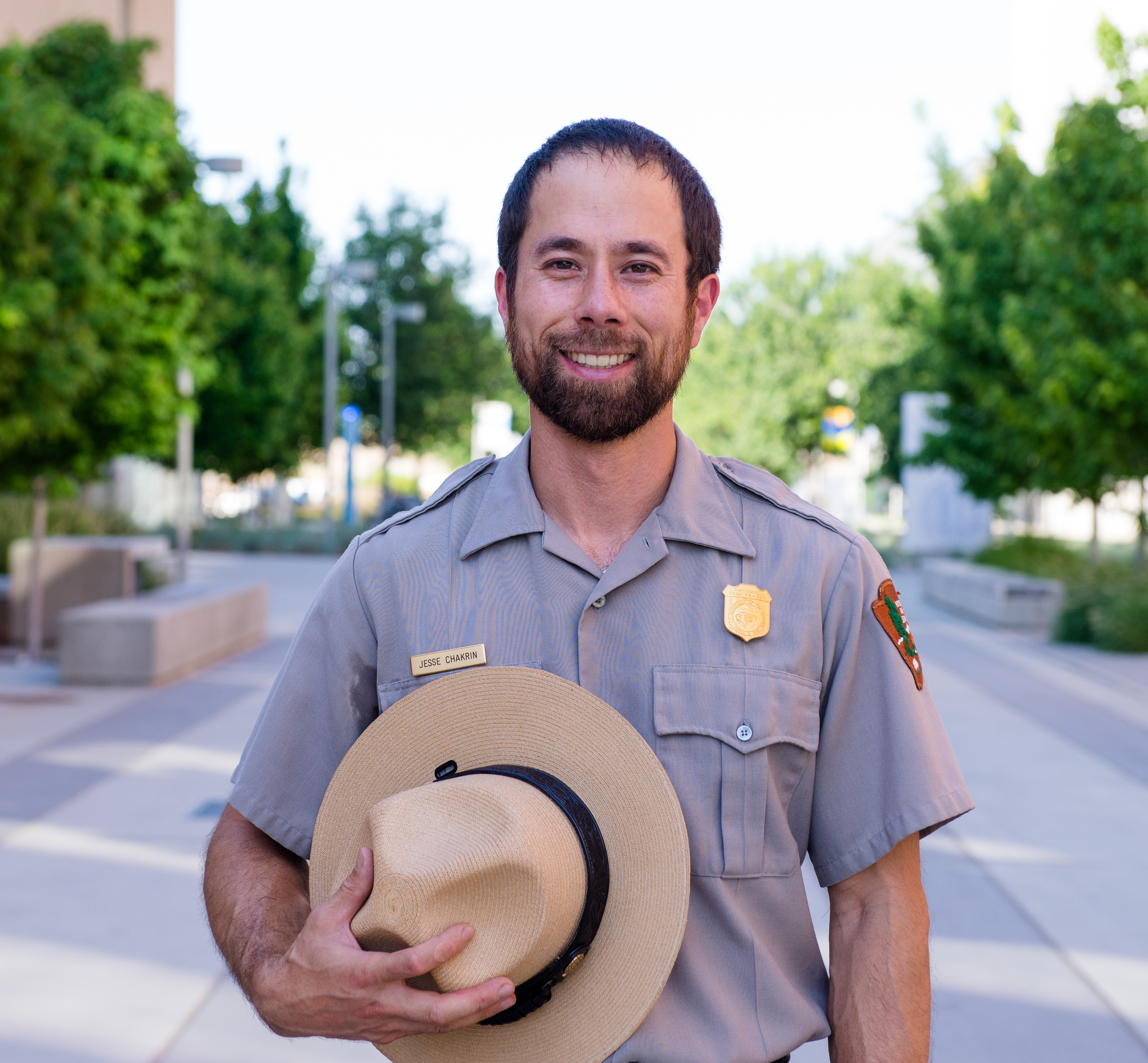 Jesse Chakrin is the director of the UC Merced Wilderness Education Center and the Yosemite WildLink Bridge program. During the last few years, Jesse also has been involved with national committees working to address the issues of leadership development, relevancy, and succession planning for the Park Service. He is currently working with a consortium of six universities that are developing graduate-level education to help the next generation of National Park leaders address the challenges of the 21st Century.

Jesse began his Park Service career in 1999 at Denali National Park working as a wilderness ranger. While there, he developed his ranger skills and fostered his love of parks and the great outdoors. In 2004, he moved to Yosemite National Park to continue his development as a wilderness ranger and pursue his newfound passion for rock climbing. He became involved in SAR and traditional tools operations and began assisting with educational endeavors. In 2006, Jesse developed, funded and implemented the Yosemite WildLink Bridge Program, and in 2007, he became the Wilderness Education Center’s first director.

During his years as a seasonal park ranger, Jesse spent many winters traveling and exploring the world. He has traveled extensively in Mexico, Central America, South America, Europe and Asia. His travels have helped broaden his worldview and foster a love of different cultures and people.

Jesse received a bachelor’s degree in psychology from the University of Michigan and a graduate certificate from the Leadership for Public Lands and Cultural Heritage Program. 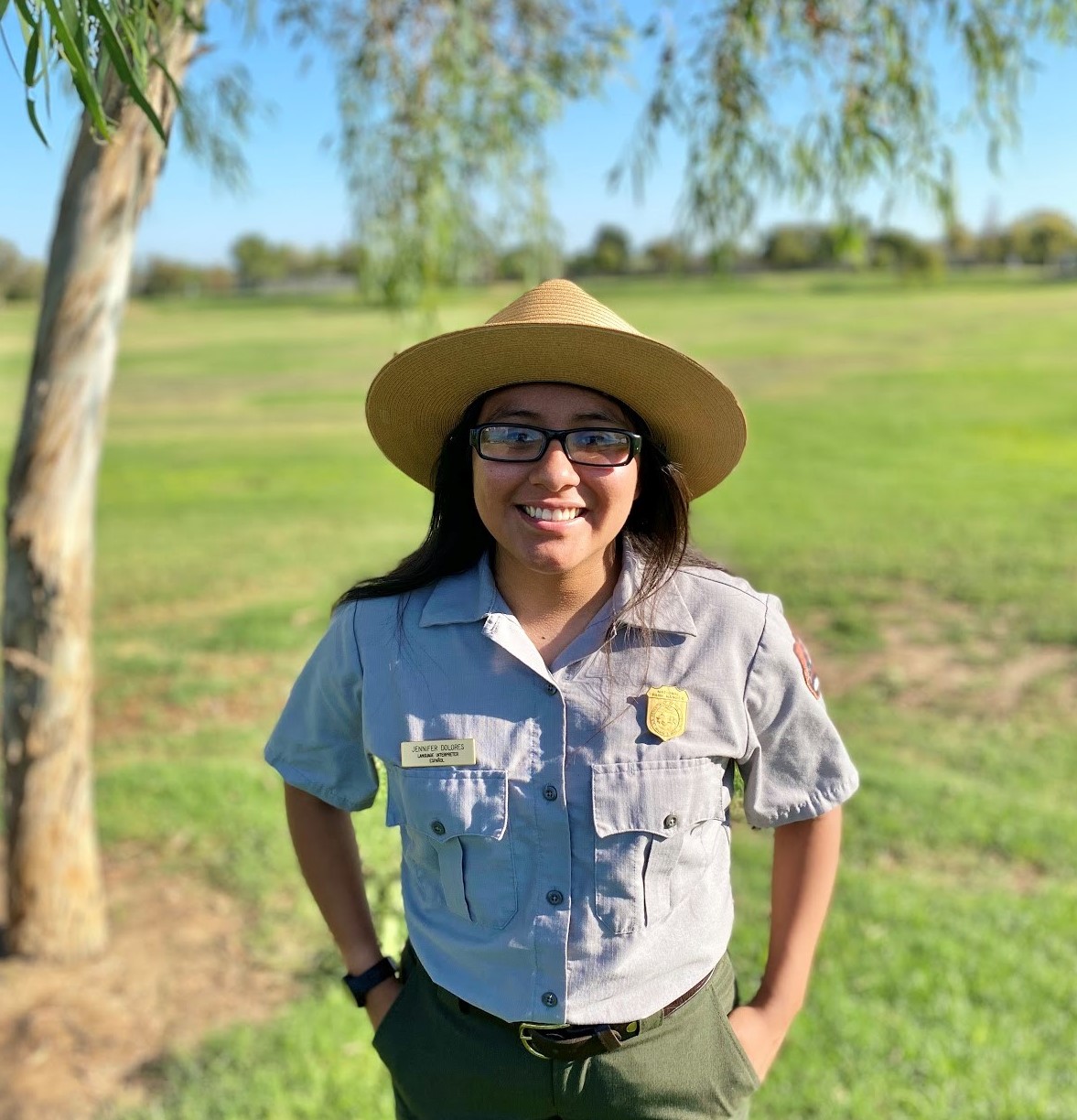 Hello everyone! My name is Jennifer Dolores, and I come from a small town in the central valley of California: Lemoore. I grew up playing outside in the dirt with bare feet and the hot sun blazing over me. This led me to connect with nature’s beauty in a profound manner when I had the opportunity to finally explore vast, green spaces such as Yosemite National Park. Thank you to my uncle for inspiring me to come to UC Merced to major in Environmental Engineering. I completed the Yosemite Leadership Program (2020) and the summer internship (2019) where I found my voice and stepped out of my comfort zone. Now I am going into my 3rd year at UC Merced and after graduation, I plan on solving and creating environmentally friendly solutions to the world.

Working for the Wilderness Education Center, I am excited to have the opportunity to represent the Hispanic community and connect others to our National Parks. 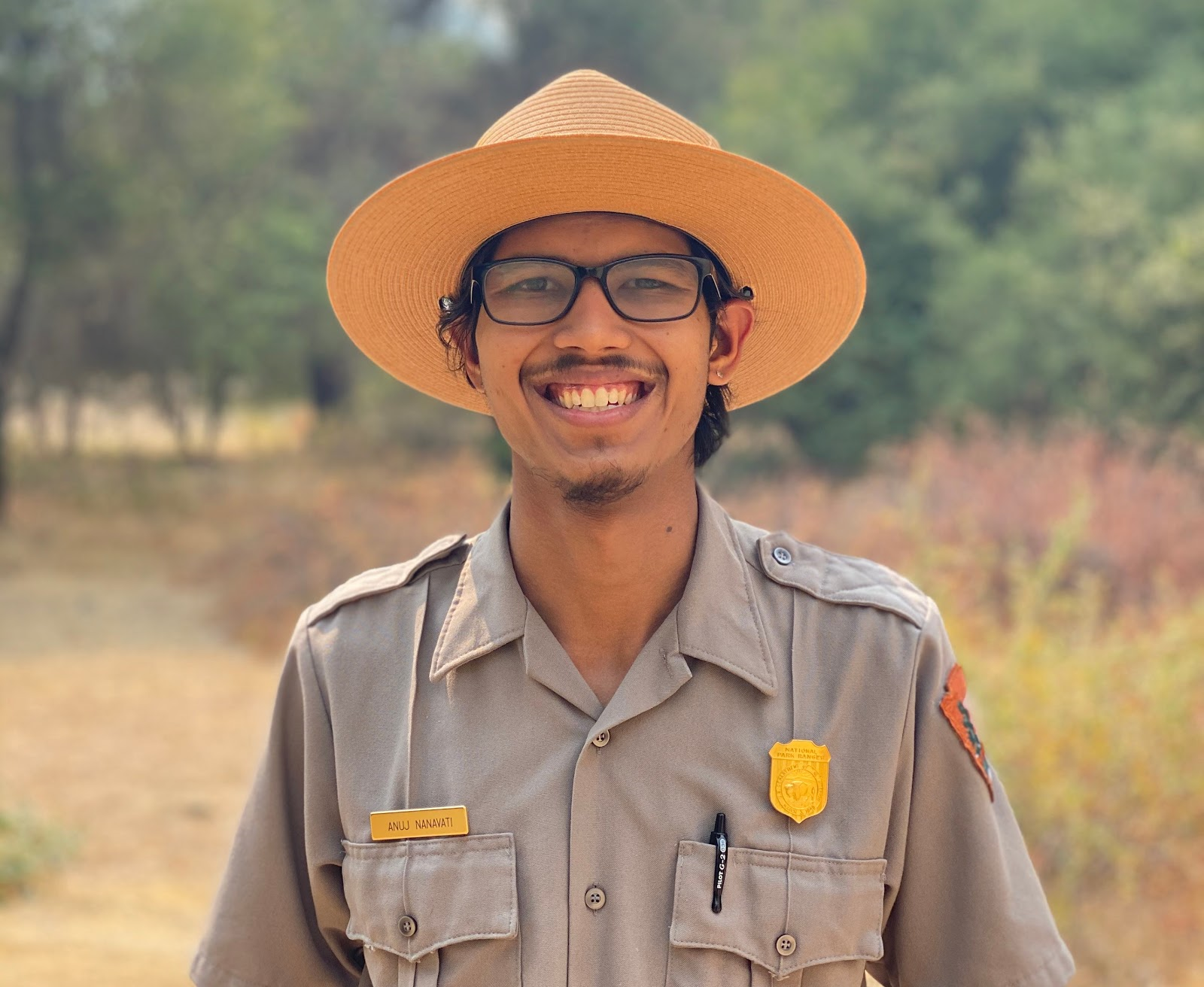 Hi, my name is Anuj Nanavati. I’m from the bay area, Fremont specifically. I grew up in the outdoors with my parents taking my siblings out to camping trips in Yosemite and Desolation Wilderness. These were some of my fondest memories as a kid and made me really value and appreciate all of the valuable things nature and the outdoors gives us. This led me to join the Yosemite Leadership Program where I further explored leadership development and environmental stewardship. I am a 4th year Public Health major with a minor in psychology. After graduation, I plan on working on environmental health issues that affect marginalized groups across the country.

Working for the Wilderness Education Center, I am excited to share my journey and help connect both UC Merced and the larger Merced community to Yosemite, and share the power and importance of these protected lands. 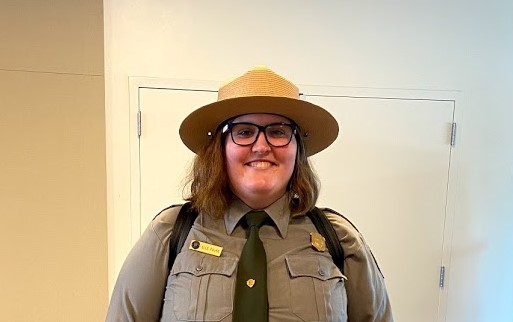 Hi, my name is Elle Palka, and I grew up in San Marcos, a city in San Diego County. I had my first experiences with the National Parks Service going on camping trips with my family in Death Valley National Park. This inspired me to join the Yosemite Leadership Program (YLP) when I started at UC Merced. I’m currently a 4th-year Psychology major, with a minor in Cognitive Science. After graduation, I hope to pursue a career in Education with the National Parks Service.

Working for the Wilderness Education Center, I am excited to have the opportunity to help others learn about and connect to our public lands and serve the UC and Merced communities. 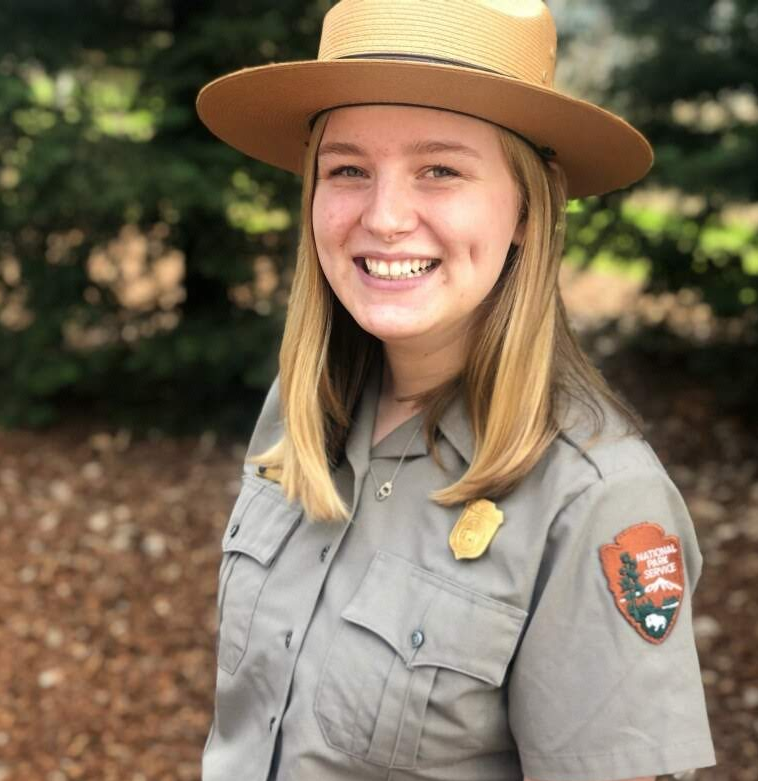 Hi, my name is Kathryn Templeton, or Kate for short, and I’m from Napa, CA, or as most people know it as wine country. My first experience in Yosemite was in 5th grade with a cast up to my knee and it was so memorable since I pushed myself to do every hike during the week despite having a cast. When I came to UC Merced and found the Yosemite Leadership Program, I was excited about going back to the place that started my love for the National Parks. I’m currently a 4th-year Psychology major, with a minor in English and History. After graduation, I hope to pursue a career working in Interpretation or Education for the National Park Service or to become a teacher.

Working for the Wilderness Education Center, I’m excited to have the opportunity to teach others about the importance of our parks while connecting people to the National Parks and serve the UC and Merced communities. 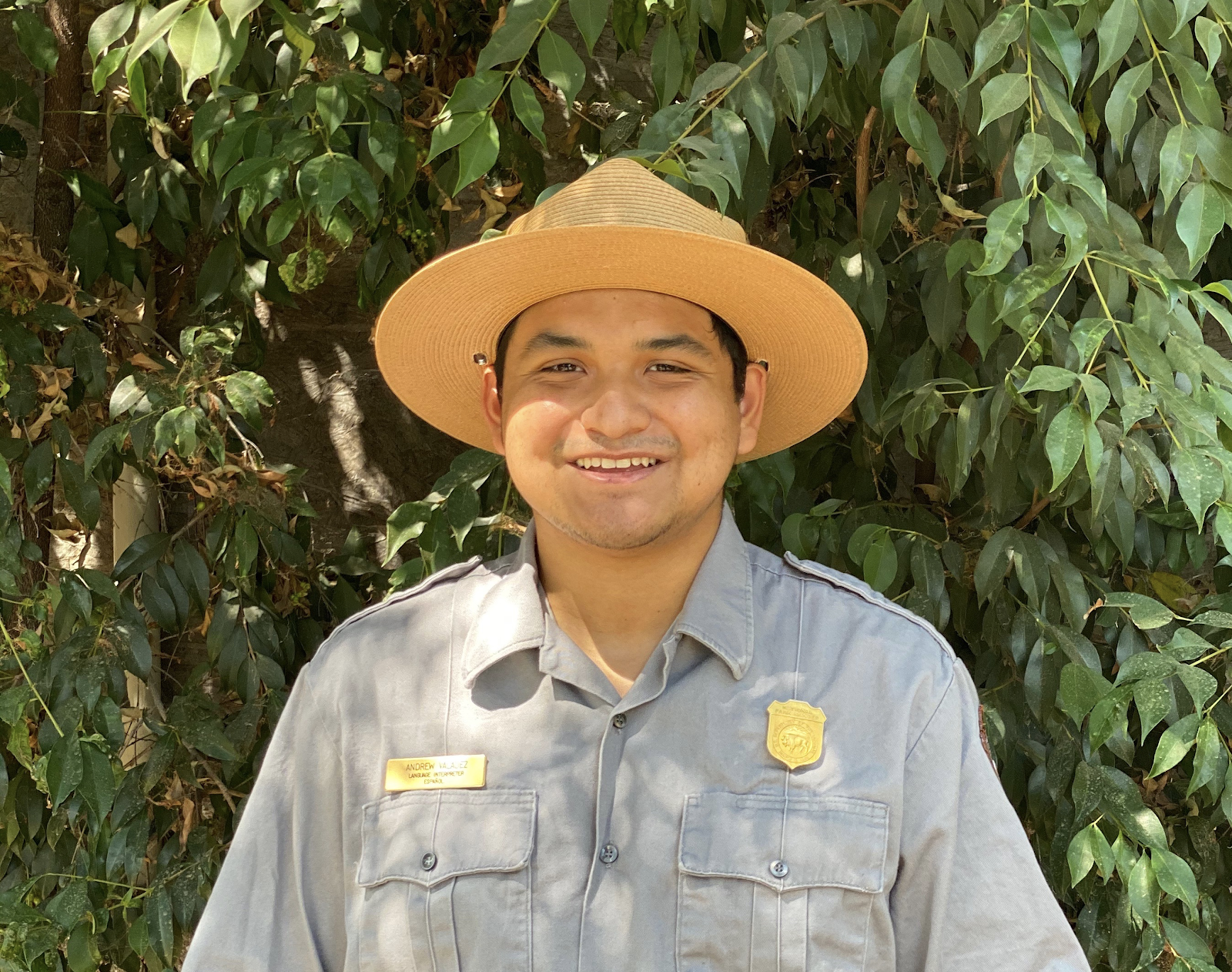 Hello, my name is Andrew Valadez and I am from Northeast Los Angeles. One of my favorite ways to enjoy outdoor spaces is by exploring new landscapes with friends. My first introduction to the Yosemite programs at UC Merced was the summer 2019 YLPSI program. I applied to the summer internship because I wanted to expand my horizons and try something completely out of my comfort zone. I started as an intern in the YLPSI program, the semester after I then decided to continue in the YLP program. Currently, I am also a student park ranger working for Yosemite National Park. I attend UC Merced, as a Political Science major. After graduation, I hope to work with Environmental Law and Policy.

Working for the Wilderness Education Center, I am excited to invite new people to public lands. I am also excited to be part of the connection of the UC Merced campus and surrounding communities to their own backyard, Yosemite National Park.